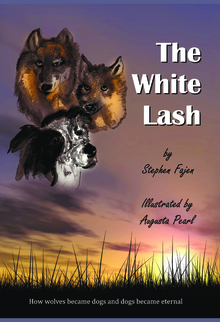 A novel for dog lovers.

This is a three-part mythical tale. In Part One, Adar’s Bargain follows a prime wolf, from prehistoric times, who makes a deal to save his pack from starvation and an archenemy half-wolf by surrendering them to humans, thus leading to domestication and the birth to dogs.

In Part Two, Odin’s Bounty, contemporary dogs, led by Fargo, a Border Collie, must re-learn the ways of a wolf pack to survive the elements and a stalking enemy, while alone on a deserted island.

In Part Three, Fargo’s Legacy, the parent wolves and Fargo’s pack join forces in a hereafter, called The Meadow, to protect their eternal lives in epic battle with the ancient half-wolf pack from Book One, that returns with a vengeance.